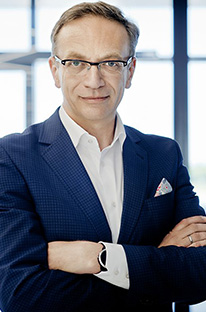 Piotr Pągowski graduated from the Warsaw University of Technology.

He is present in the IT industry since 1993.

From 2011 to 2015 he was General Manager of Personal Systems Group at HP Poland.

Piotr Pągowski is also acting as a member of Supervisory Board of CD Projekt Red SA, major game publisher in Poland. Currently Piotr is the President of Sofia Soft Sp. z o.o.

Check for solutions that might be of interest to you!